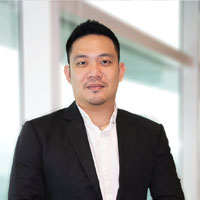 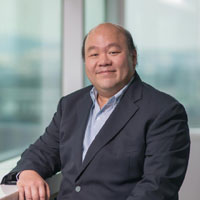 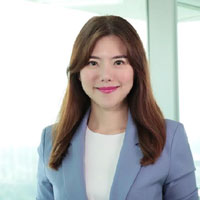 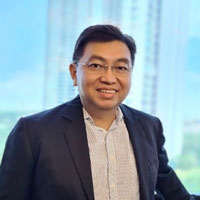 YM Tengku Ezuan Ismara bin Tengku Nun Ahmad was appointed to the Board as the Independent Non-Executive Chairman on 27 September 2021.

He holds Masters in Law majoring in Banking Law and Anti-Money Laundering Act from International Islamic University Malaysia and Double Degree in Accounting and Finance from University of East London.

He is a professional and subsequently became a corporate member in numerous industries including oil & gas, military contractor, private equity and investment banking, corporate consulting to information and communications technology and general trading.

In the event industry, he used to produce dramas and documentaries for TV stations. He has also involved in artist management for several major international events, for instance Petronas, Formula 1, football all-star exhibition match and etc.

Eager to achieve more, he is always open to any new ideas of career and business opportunities and cooperation with good prospects and future value.

He is also an active member of Royal Family and involves in several official and philanthropic activities.

Mr. Koo Kien Keat was appointed to the Board as Executive Director on 8 September 2020.

He is one of the most popular international badminton players in Malaysia. He studied at the Saint Michael’s Institute and completed his secondary school at Bukit Jalil Sports School. He successfully reached the top of his career by obtaining the World’s No. 1 ranking in Men’s Doubles in 2007. He also became the youngest ever Men’s Doubles Pair and won the gold medal at Asian Games.

He believes in continuous innovation for greater impact and is committed to help XOX Networks to expand its strengths and diversify its clientele.

Presently, he is the Independent Non-Executive Director of Cheetah Holdings Berhad and Komarkcorp Berhad.

Mr. Andy Liew Hock Sim was appointed to the Board as the Independent Non-Executive Director on 27 October 2020. He is the Chairman of Audit and Risk Management Committee and a member of the Nominating Committee and Remuneration Committee of the Company.

He is a Chartered Accountant with Malaysian Institute of Accountants (MIA) and member of Certified Practising Accountant (CPA) Australia. He has over sixteen (16) years of experience with major audit firms in audit, taxation and accountancy that gained from both Malaysia and overseas. He was involved in numerous successful initial public offering (“IPO”) in Malaysia, Singapore, Germany and Hong Kong throughout his career.

He started his career with a local audit firm in Malaysia. He then joined KPMG Kuala Lumpur after obtained his professional qualifications, i.e. MIA and CPA Australia in 2006. In KPMG Kuala Lumpur, he started to involve in the audit of multinational corporation (MNC) and public listed company (PLC). He also involved in the IPO of a financial services company in the Main Market of Kuala Lumpur Stock Exchange (now known as Bursa Malaysia Securities Berhad).

In 2008, he ventured to China and since then, spent eight (8) years in China. From 2008 to 2012, he worked in KPMG Beijing and actively involved in audit and IPO. In 2012, he joined a China-based manufacturing company in the capacity of Chief Financial Officer and listed the company in Frankfurt Stock Exchange in 2014 prior to his return to Malaysia in 2016.

Upon his return to Malaysia, he joined Baker Tilly Malaysia and led a team of forty (40) which specialise in IPO and actively involved in various corporate exercise such as business restructuring, mergers and acquisitions, reverse takeover, transfer listing, financial due diligence, regularisation plan for PN17 company, fund raising, etc. In 2019, he started his own public practice and assumed the role of Managing Partner.

At present, he also sits on the Board of XOX Bhd, Perak Corporation Berhad and Oversea Enterprise Berhad.

Mr. Lionel Yong (CIA, CA (M), FCCA, CMIIA) is an internal audit practitioner with more than 21 years of experience in accounting, finance, and internal audit. He is a certified internal auditor (USA), a chartered accountant (Malaysia), a member of the Malaysian Institute of Accountants (MIA) and a Fellow Member of the Chartered Association of Certified Accountants (UK). His specialities include the provision of independent and objective assessments of systems of internal control as implemented by the management to evaluate and improve the effectiveness of risk management, control, and governance. He is also familiar with the requirements of carrying out investigations into corporate fraud activities and with the requirements of the governance and audit of Information Technology systems based on the Control Objectives for Information Technologies (COBIT) Framework.

He has carried out risk assessment exercises for numerous companies, involved in the system development life cycle process in the implementation of several information technology applications during his career and led investigations into a number of corporate fraud activities.

He is currently the Director of Corporate Governance, Risk Management and Internal Audit of OAC Consulting Sdn. Bhd.

He does not hold any directorship in any other public companies and listed corporations.

Ms. Woon Sing Jiunn was appointed to the Board as the Independent Non-Executive Director on 30 January 2019.

She graduated from Tunku Abdul Rahman University College with a Degree in Mass Communication (Media Studies).

She has more than 13 years of experience in the broadcast and media industry. She started her career as a broadcast journalist with RTM, covering news ranging from crime to natural disasters, politics, and economic issues.

From 2016 until 2018, she was the Image and Branding Consultant for Media Prima news and current affairs. She was the first female presenter who won Reader’s Digest Malaysia’s Most Trusted TV Presenter twice, in 2016 and 2017. She was also appointed as Chief Editor for the Malaysia Book of Records in 2018.

She does not hold any directorship in any other public companies and listed corporations.

Mr. Lee Kien Fatt was appointed to the Board as the Independent Non-Executive Director on 22 January 2021.
He is the Chairman of Remuneration Committee and a member of Audit and Risk Management Committee and Nominating Committee of the Company.

Presently, he is the Independent Non-Executive Director of both Key Alliance Group Berhad and Niche Capital Emas Holdings Berhad.